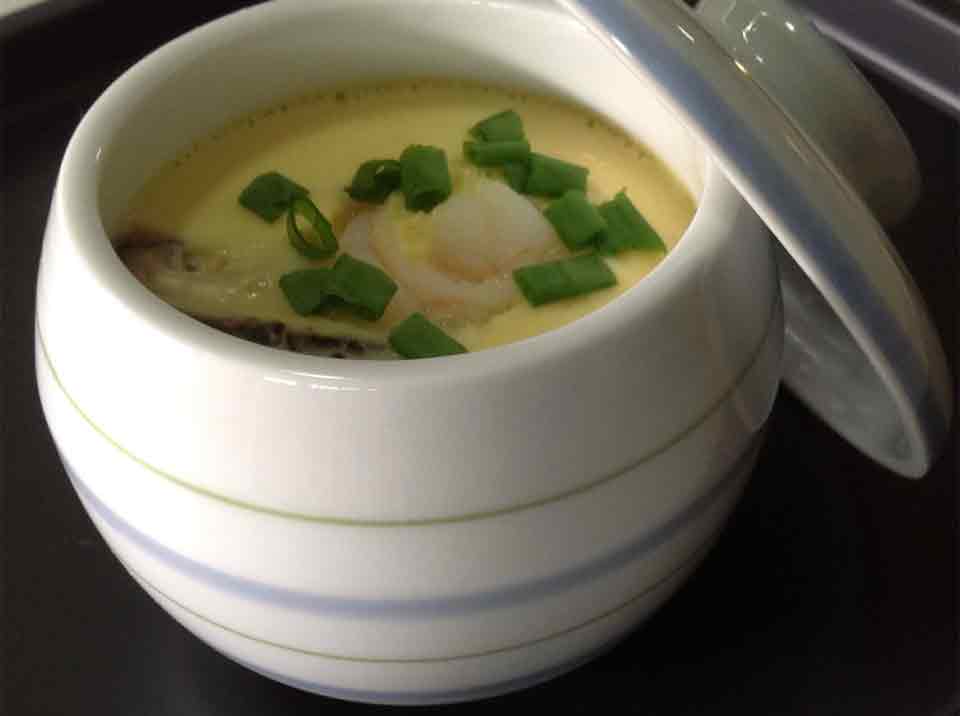 Chawanmushi (茶碗蒸し,Chawanmushi, literally “tea cup steam” or “steamed in a tea bowl”) is an egg custard dish found in Japan that uses the seeds of ginkgo. Unlike many other custards, it is usually eaten as a dish in a meal. The custard consists of an egg mixture flavored with soy sauce, dashi, and mirin, with numerous ingredients such as shiitake mushrooms, kamaboko, yuri-ne (lily root) and boiled shrimp placed into a tea-cup-like container. The recipe for the dish is similar to that of Chinese steamed eggs, but the toppings may often differ. Since egg custard, along with soup, can’t be picked up by chopsticks, it’s one of the few Japanese dishes that are eaten with a spoon.

Chawanmushi can be eaten either hot or cool.

Notes: For this recipe, cover the cups while steaming so that it will look smooth and silky. 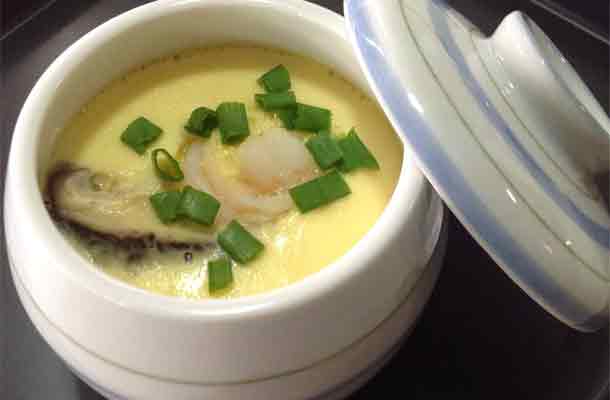 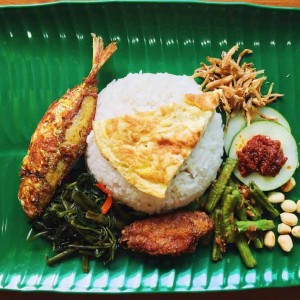 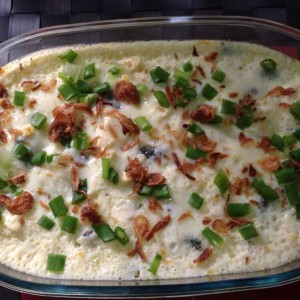 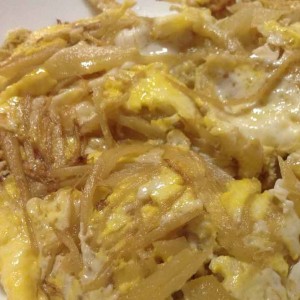 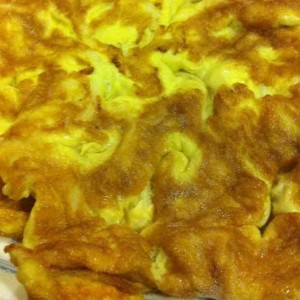 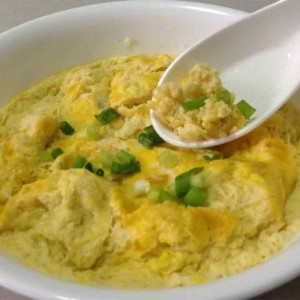